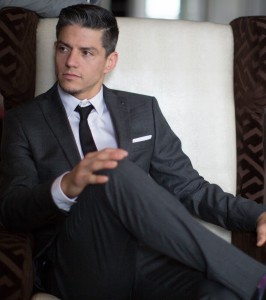 Favorite Quote
‘How You Do Anything, Is How You Do Everything’ – T. Harv Eker

Jonathan Legacy Perez, was born July 10 in Brooklyn NY, and raised in Miami, FL with parents from Colombia. Legacy, as his family and friends call him, has a huge obsession with learning and developing skills, that allow him to supersede in any activity.

Legacy is a World renowned Bboy/Breakdancer, that has changed the game for street dancers alike. He made it to the finals of Fox’s’ hit TV show ‘So You Think You Can Dance’. He is one of the first to completely learn the genres of dance that were given to him to conquer on the show. Legacy has worked with an endless list of artists, including Chris Brown, Gwen Stefani, Mariah Carey, Justin Bieber and Rihanna, just to name a few. He has appeared on ABC’s ‘Dancing With The Stars’ and feature films, such as the ‘Step Up’ franchise, ‘Green Hornet,’ ‘Never Say Never’ and ‘Dance Flick’.

Being a self evaluator and constantly working on ways to improve himself, Legacy has always had an impact on any audience, whether through dance or inspirational speaking. A big part of his dreams is to motivate young people, and actually bridge the gap between those that are on the verge to becoming what they want in life, and helping them overcome the fears that he learned to overcome in order to find the beginning of his potential.

Legacy is the co-founder of Legacy Homevestments, LLC which was founded in 2013. A major part of his life is based upon the belief that, “Having a definitive purpose, a clearly defined dream, and developing a burning desire for its achievement,” is vital for attaining anything. 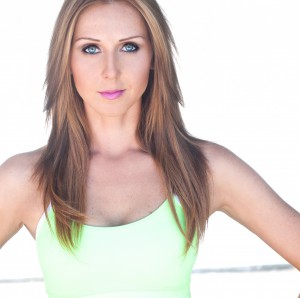 Favorite Quote
‘Whatever The Mind Can Conceive And Believe, It Can Achieve.’ – Napolean Hill

Patricia Kaniowski was born March 13 in Sydney Australia. From Polish ancestors, she first began learning ballroom dancing at the age of 10 and has continued her career until the present day. Traveling and competing all over the world for 15 years, she trained from the top coaches in the industry. Patricia placed 7th in Professional Rising Star Latin in the world, and placed 22nd in the Professional Open to the World Championships.

Patricia has the organizational and committed traits that allow her to be on top of any industry she chooses to tackle. Because of her ability to adapt and her desire for greatness, making sure the puzzle pieces are all laid out before completion is her motto, as with anything in life. It just needs to be done and done right.

Patricia is currently the active producer and dance captain on a national tour, namely, ‘Ballroom With A Twist’, which features Professionals from Dancing with the Stars, and American Idol singers. Fast forward to her amazing Real Estate Investing business that she co-founded in 2013, she dedicates most of her time continuing to learn and grow as an entrepreneur and a person to one day achieve her long time goals, which include giving back to the less fortunate, helping animals, and simply saving lives by arming individuals with the tools necessary to succeed in life.